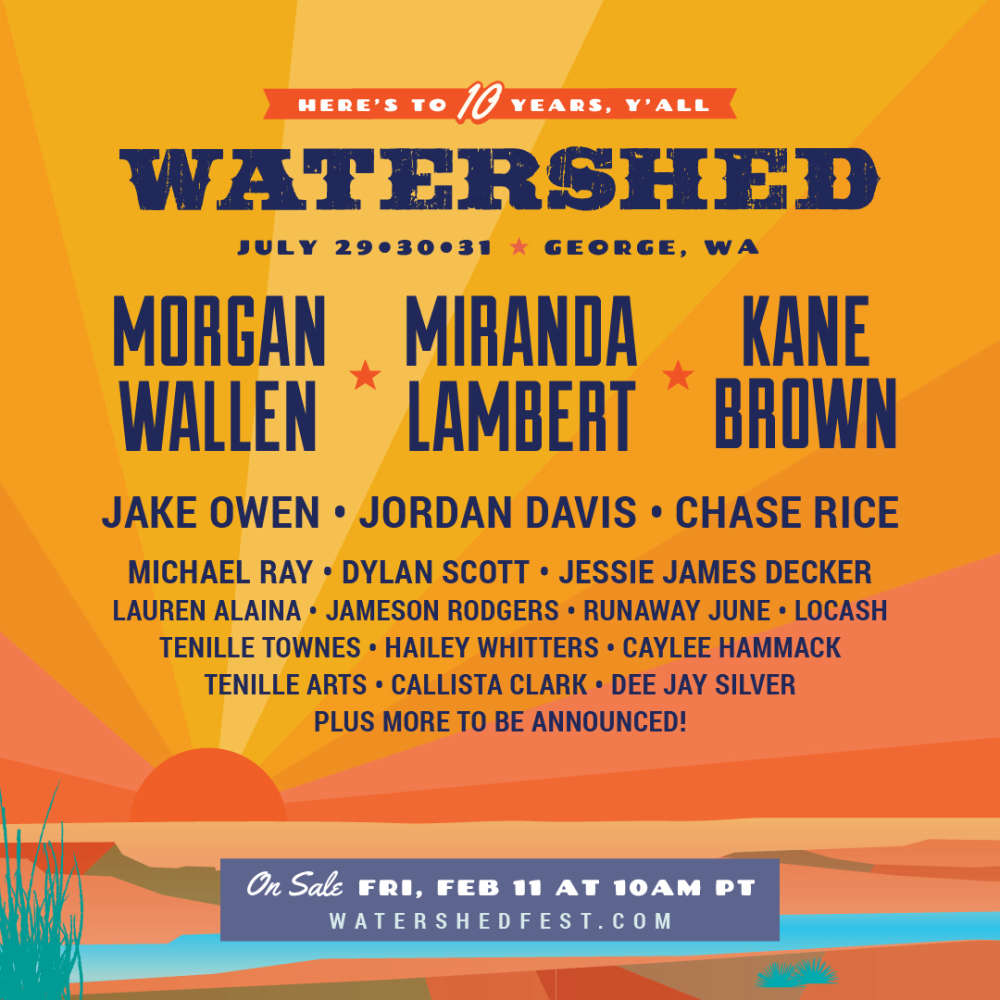 Mark your calendar and keep your schedule open because Watershed is back and for its 10th anniversary! Held at the Gorge Amphitheater from July 29th-31st, the two-stage festival is unmatched when it comes to scenery and talent rolled into one. Tickets sell out in minutes, so make sure that buy yours first when they go on sale February 11, 2022, at 10AM PST.

Self-proclaimed “Shedders” and equally-excited artists gather every year to enjoy the festival's “tough to beat” (Rolling Stone) scenery that is both “a sonic and visual treat” (Billboard), alongside an eclectic lineup that includes the genre’s biggest stars and hottest emerging acts. Quickly becoming a much-vied for summer event, with many reveling in the special atmosphere throughout the weekend, passes for the unrivaled experience often sell out in minutes.

For more information join in the conversation on:

The event runs from 8:00am to 10:00pm on the following dates.
Select a date to add this event to your calendar app.