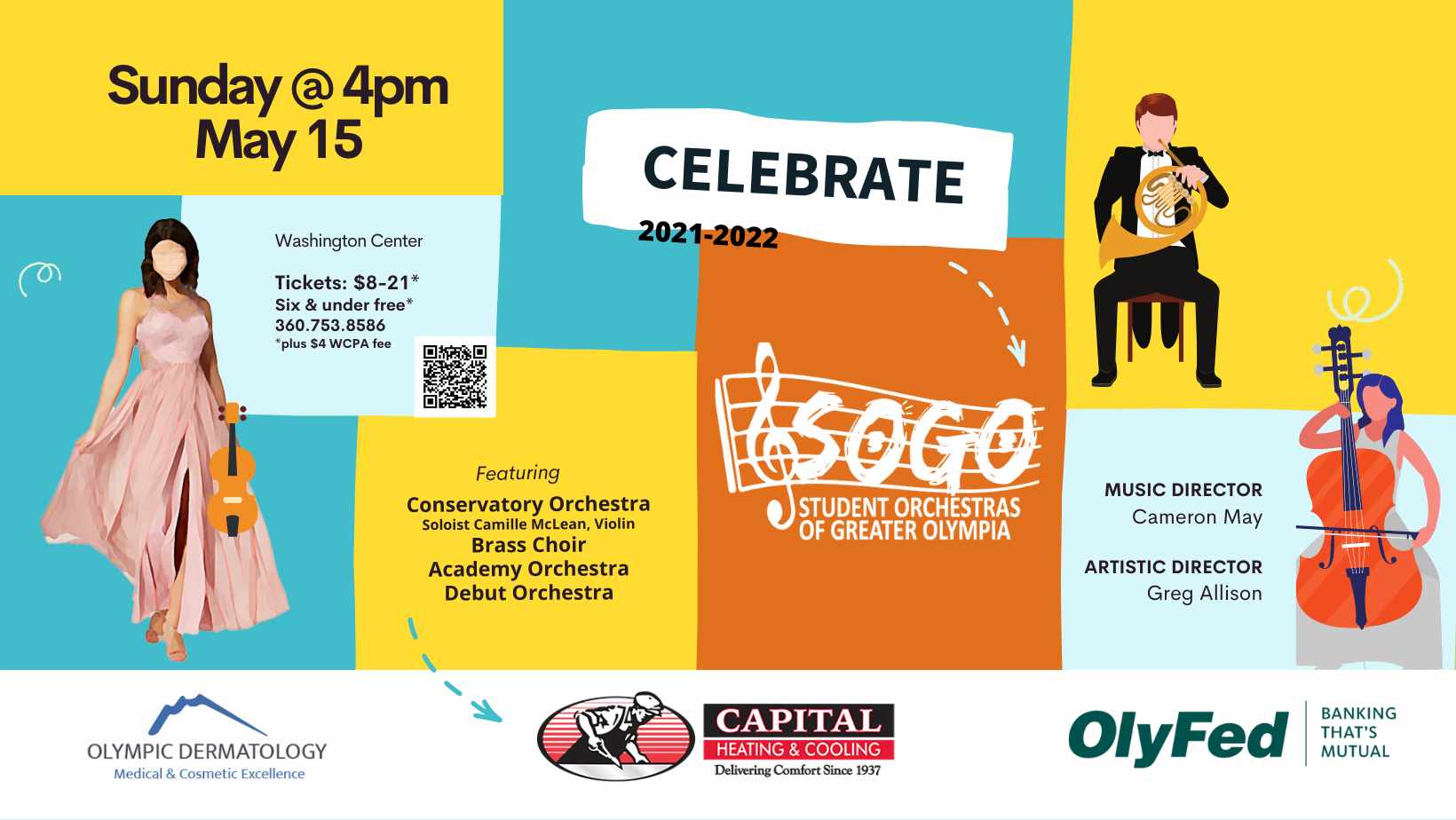 Welcome to SOGO live and in-person! This season we are CELEBRATING being together and bringing you talented young musicians from the South Sound area performing great works of orchestral literature.

Two years ago, the Conservatory Orchestra was gearing up to mark the 40th anniversary of the eruption of Mt. St. Helens by performing the final movement of Alan Hovhaness’ eponymous Symphony No. 50. The pandemic derailed those plans, so we’re marking the 42nd anniversary instead! In addition, senior violinist Camille McLean will take center stage performing Romance in G by Johann Svendsen, and the Conservatory Orchestra will close with Rossini’s popular William Tell Overture.

The May concert will also feature SOGO’s Brass Choir under the direction of Greg Allison and Liz Ward, the Academy Orchestra, also conducted by Greg Allison, and the Debut Orchestra, led by Dan Craig and Jordan Goldstein.
Generously sponsored by Capital Heating & Cooling.

The event runs from 4:00pm to 6:00pm on the following dates.
Select a date to add this event to your calendar app.